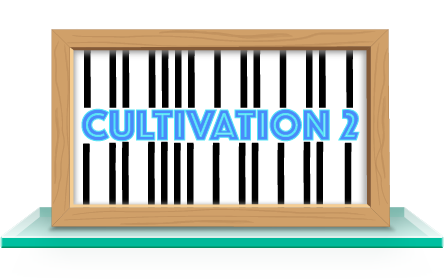 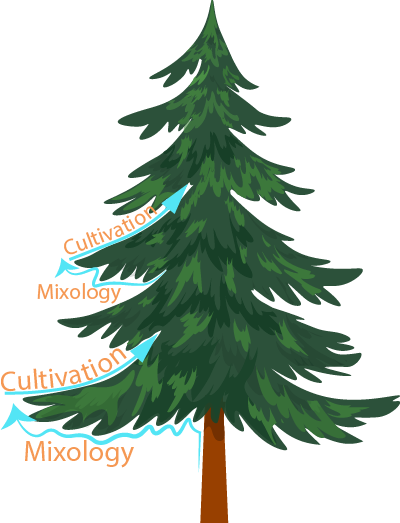 The Cultivation Techniques are a series of creative techniques that organise and further develop new ideas into a creative work.

Cultivation Techniques serve the purpose of promoting the growth of a creative work by sorting, organising and augmenting creative ideas.

How do the Cultivation Techniques work?

The Cultivation Techniques are Attribute Listing, IWWM, So What?, Dry Roasting, Why Why Why, 5W1H, Forward Vision and Springboards.

The second four of these eight Cultivation Techniques – Why Why Why, 5W1H, Forward Vision and Springboards – are illustrated in the following sections on this page.

For the purpose of these illustrations, each technique is used to build a section of text for a creative work entitled The Tailor.

Cultivation Technique: Why? Why? Why?

The Cultivation Technique Why? Why? Why? takes a statement from the specific starting/departure points for a component of a creative work, and asks the question why? of these opening statements.

By repeatedly asking the question why? a series of practical possibilities for the development of the work component are generated. By expanding each of the possibilities into a prospective paragraph (or other element) for the creative work, Why? Why? Why? is an effective way of sketching out a spread of trajectories that a creative work could take.

The following is an example of a passage from The Tailor developed through repeatedly asking why? of the stated specific idea starting point.

The plan to establish a business that makes a virtue from – and profits from – making consecutive alterations to a garment so that it fits tightly around – and responds to – the stress and strain of the particular life a person is living.

Why?
Anjali sees an opportunity to design around the individual needs of her customers.
Why?
It is the only way she can escape from the restraints her uncle is imposing
Why?
Her uncle understands a formula for success that he believes will help Anjali, but Anjali needs to find her own formula.
Why?
A river that does not change its course will just vanish into the sea. Anjali needs to fashion her own course, find her own style of flow, but that will be difficult.

****
‘I need to construct garments from a scribble on paper to the complete structure that enhances the human form and presence,’ Anjali pitched to herself as she sat at the shop’s kitchenette table, a tap dripping effortlessly in the background. ‘Threads will not thrive unless we can offer a comprehensive tailoring service.’ This thought was attractive to Anjali and, being attractive, seemed correct.

Such a statement is no sooner released into the world, than it is seized upon by doubts and misgivings. A succession of barriers and blockages surfaced ahead of her. She could not conceive of a realistic way through all of them. The demands of the growing business, the watchful presence of her uncle, the clients that wanted no more than a precisely defined alteration or repair, all seemed to confirm that building a business designing garments in this damp and unfashionable valley was a hapless pursuit.

When mired by the drag of willow branches, and obstructed by obstinate boulders, the river will still wind its way through to the sea.

The Cultivation Technique 5W1H takes a statement from the specific starting/departure points for a component of a creative work, and asks the standard question formats Who? What? Why? When? Where? How? of these opening statements.

These 5W1H questions, asked in sequence, provide an outline view of the possible structure for a creative text (or other creative output) that could be developed from the starting point of the specific idea that is being analysed.

The following is an example of a passage from The Tailor developed through the process of asking the questions Who? What? Why? When? Where? How? of the specific idea described.

After a period of struggle Anjali changes the direction she is taking, and begins a series of workshops in the local town hall. This leads to a meeting at ‘Threads’, Anjali’s tailoring shop, that breaks the stasis.

Who?
The Factory Manager of a weaving business which is a local significant employer.

What?
He is in need of skills that his business does not have

Why?
The weaving factory has been taken over by a Danish company which is demanding change. The Factory Manager has been given the chance to make his own proposal, but it must be a well delivered and persuasive argument.

When?
Anjali has only a few days to design a solution that will give the Factory Manager the presence and persuasiveness he needs

Where?
The presentation is to the Danish Company Family Members in the Weaving Factory Boardroom

How?
The overall impression an audience receives is always stronger than the words involved. Anjali must design and communicate that impression. ran beyond the brick walls of the warehouse.  It was a captivating circus of texture and colour and sound and feel.

****
The strained and bearded man introduced himself as the Weaving Factory Manager, whom Anjali felt she knew already from the descriptions Eileen had given. He spoke in a continuous unbroken drone, with few intervals between the sentences, sounding like a sewing machine fastening a hem in place. It was clear that, to him, this was just another difficult task on another difficult day. It was another difficult day of work and it must be endured.

‘You can put a thousand figures in front of an Investor. You can demonstrate a solid track record. But any investment is a leap of faith – but understand – it is a leap of faith insured by the impression, the gut feel. You put on a tailored suit with a hand-dyed tie, and you stand amongst twenty other people with tailored suits, their individuality, their distinction, expressed in just that tie. It is the same hammer that strikes in the same old way.

‘You can help me by increasing certainty. You can help me by stitching persuasion into presentation. You can help me by alteration, so that everything we wear radiates the message of confidence we need to transmit to this Danish audience; this audience that is already inclined to doubt that the Wetledale Weaving Mill is competent to achieve their expectation without their close control.’

In the Cultivation Technique Forward Vision a specific starting/departure point is used as a foundation from which potential futures are envisaged, extrapolating forward from this foundation.

The Forward Vision creative technique is comparable with the Springboards technique described in the next section, in that it requires a leap of faith.

The following is an example of a passage from The Tailor developed through the process of visioning potential futures, using the specific idea (starting/departure point) described below.

Panya begins to discover the lengths that Anjali is prepared to go to in order to realise her ambitions and carve out her own future direction.

****
We are two bodies that passed through each other’s gravity. There were only ever two possible outcomes. Either one collides violently into the grip of the other, or each of us gains momentum from the encounter and we are thrown apart onto our separate trajectories.’

Panya’s choice is to hold on to the same old boulder as the river rushes past her. If all Panya does, if all Threads does, is alter and repair old garments, maintaining the struggle against damp and mischievous time, we will never escape this valley. The river is the greatest designer, mixing light and material, texture and colour. The river dares to leave the permanence of the hills and take its chances in the mercurial sea. The river has courage that the hills, with their fixed and sound foundations, will never hope to understand.’

Panya was still in the shop when Anjali arrived back that evening. She had set out on the table the tools that she would need for the work that was required. This was a set piece, a planned alteration to the way things would be; a careful measure of what needed to happen, with the last minute adjustment completed as she heard Anjali at the rear shop door.

Anjali entered the room as if this were just another off-the-shelf encounter between the women, placing the files she was carrying on the cupboards to the right of the entrance door. Panya, who had remained seated as that was the pattern to be followed, was shaken by the unexpected normality of Anjali’s approach, and bought herself some time by asking, ‘How did it go?’

Panya was now on her feet. She would work to the pattern – or at least as closely to the pattern as this unfurling affair would allow. ‘The role of the Tailor is to sew comfort into the world,’ she said with a rehearsed delivery. ‘If your fashion leads to this outcome of so much upheaval and conflict, what is the good of it?

In the Cultivation Technique Springboards a Specific Idea (starting point) is selected and written passages (or other creative approaches) are produced in response to this Specific Idea.

The Springboards title refers to starting phrases that produce the effect of a ‘springboard’ – creating a flow of ideas that can be shaped into a useful creative approach.

The following are examples of Springboard phrases: –

The following is a section of The Tailor that has been constructed using Springboards.

Anjali returns to her uncle’s workshop after clashing with Panya.

‘The only question is whether Panya makes a good assistant at Threads,’ said Anjali before he could continue. ‘The business is successful. I made Threads a success before Panya was ever in the picture. Now she is there, and the business is pulling apart at the seam.’

The truth is that you do not know the contempt that I feel when I stitch the lining back on a pocket of a jacket that never deserved a hanger in the first place. I am feeding dogs. But, as you have seen, there is much money in dog food.

The only reason that you ever collected those old and traditional garments was that they were pathways. You could see in them the pattern that would guide you to a different future in a different valley. I honour you for that Anjali.

It is a truth universally acknowledged that every person is the tailor of her own future. Will you forever stitch the past back together, or will you design a future that is worthy of you? Repair what has gone before, and the river of time will just sweep you away. Design great clothing and your influence will continue as long as the mountains still stand.

The Creative Technique Lenses is a means of ensuring that different perspectives, view-points, moods, feelings, and emphasis – that could add more creative depth to a work – are not overlooked.

The Lenses Technique encourages the consideration of changes that could be made add creative depth to a section of work by adopting a different creative approach or creative emphasis.

These changes are best expressed through posing creative questions.

Creative Lenses that could be considered include: