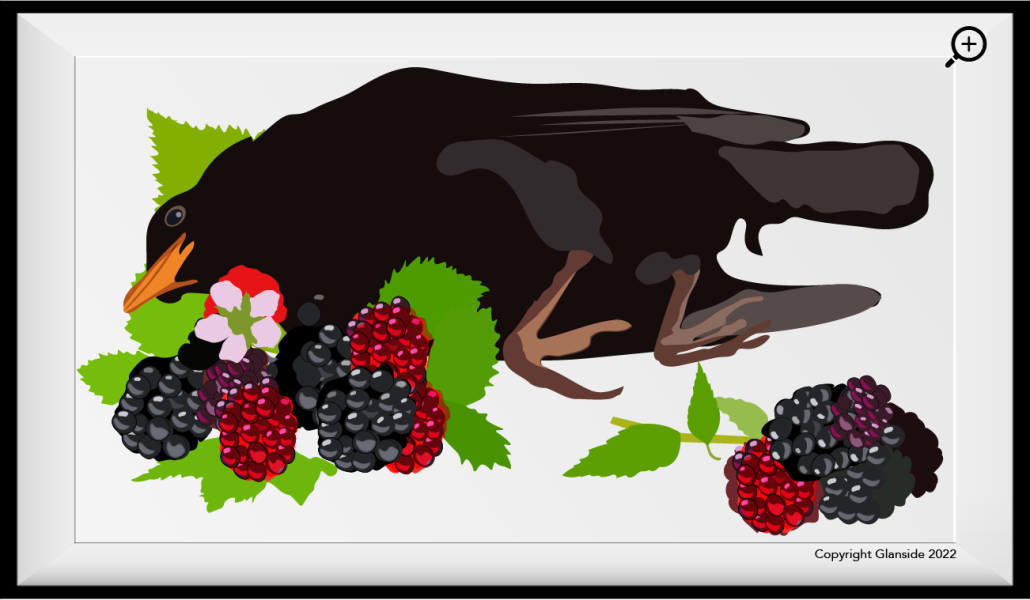 Et in Arcadia ego – which can be translated as Even in Arcadia Death is Present – is based on a term conceived by Pope Clement IX in the 17th century, who found inspiration from Virgil’s Arcadian Eclogues.

Arcadia refers to a pastoral idyll and ‘Et in Arcadia ego’ relates the story of death and paradise which has captured the imagination of artists and poets throughout western culture since the 17th Century.

The painting Et in Arcadia ego by Nicholas Poussin, as an example, depicts three Arcadian shepherds and a shepherdess confronted by death in the form of a spartan tomb bearing this Arcadia inscription.

The above artwork was developed using a creative lens – the lens being a bird’s view – to reinterpret Pope Clement’s conception of Et In Arcadia Ego.

Whereas Poussin’s picture (right) depicts the human view of Arcadia, the picture above depicts Arcadia viewed through a creative lens – which is the ‘eye of a blackbird’ in this illustration. 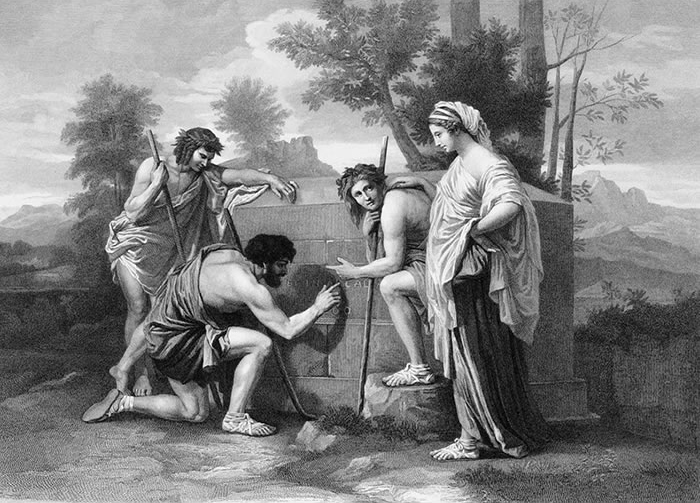