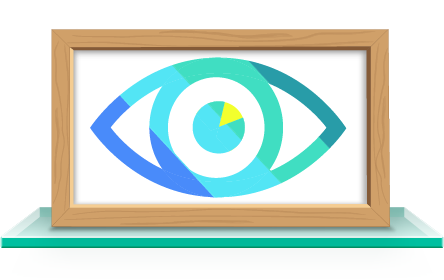 There are five human senses – very possibly six – and therefore there are five senses through which a creative perspective can be established, or by means of which a character can interpret a situation.

In the Creative Technique Making Senses the interaction of Specific Ideas (i.e. a subject, concept, theme, direction, belief that is the focus of your work) and General Ideas (the creative development) is addressed sequentially through each of the six human senses .

Making Senses also reminds us of the importance of the creative development of a work through the exercise all of our available senses, thereby providing depth to a creative work.

How does the Making Senses Technique work?

Working through each of the six senses is an effective way of developing new ideas for a creative work.

Each sense is thus used to provide a different point-of-departure from which new creative ideas and themes can be taken forward.

It is worth noting that the creative process is divided into Mixology (creating ideas) and Cultivation (developing ideas).

In the following example of Making Senses a number of short texts (points-of-departure) have been created through using each of the senses in order.

The Sense of Smell:

You can smell your status in the Town. Each row of buildings has its own particular odour. From the butchers shambles to the sellers of raw hide to the livestock market to the fish market, past the glovers, the collar markers, rope markers and the pewterers. You could find your way back to your home by smell alone.

Clopton bridge was so much in her mind as it carried her across the river to the open meadows with their smell of wet grass and wildflowers. To leave the smells behind you, crossing the river Avon to the meadows, one had to pay the toll at the door of the tower where the bridge left the Stratford riverbank.

The Sense of Touch:

Outside the low and freezing clouds were heavy, and without any silver lining at all. The cold had entered every nail in the wall of the cottage. She could feel the determined grasp of winter. The weak sun had allowed it to come in, and was now too weak to check its behaviour. This was its moment. The cold would not let go until it was forced out.

The Sense of Hearing:

The mist was a gift to the criminal. They rose with the mist that now lay across the meadows along the river. They moved with that sense of purpose that comes from their preparedness. She could just hear that singular movement from the farside of Clopton Bridge; movement that was shrouded in the dark and the dense mist that cloaked that dark.

The Sense of Sight:

There was a slight breath of a wind from out of the night. She was sure she saw a figure running erratically across the long field that stretched out from the animal pens at the back of the house.

The Sense of Taste:

He was not there the next morning. She knocked and the door rattled. The echo that followed rattled around the house. The kitchen air tasted of burnt food that had dried in a pan placed in a trivet over the fire.

The normality of the scene was the most unsettling thing. The crockery was neatly stored on the shelves. The inner door was open. That fire had died down, but it had clearly done so without anyone disturbing it. There was food in the wall cupboards, which were raised from the floor to protect their contents from the mice. The door of the nearest wall cupboard was open. From the crumbs on the floor, it looked like a mouse had been in. There was a loom in the corner that was abandoned with the wool halfway along the run of the weft. He seemed to have stopped work, knocked over a three legged stool as he got up, and then just walked out.