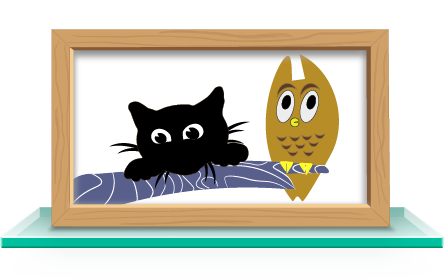 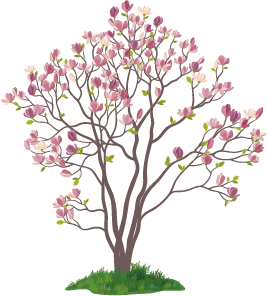 Organics is similar to Object Concepts, but the use of organic subjects and objects leads to alternative concepts (often unrelated to the specific ideas) which, in turn, give rise to a different character of general ideas.

How does the Organics Creative Technique work?

Concepts associated with an organic object (e.g. a hand, a flower) are identified.  These concepts can be linked directly, indirectly, or merely by association.

As an example, the use of a hand as the organic object in the Organics Technique could lead to ideas derived from the concepts of force, manipulation, feeling, flexibility, warmth, communication etc.

As with all creative techniques, the more you push the technique, and the more ‘sideways-glanced’ the concepts identified, the more creative will be the output.

You can choose any organic object to work with, although ‘Organics’ is particularly effective when an object is used which is associated with the creative problem.

In this Illustration of the Organics Technique the Specific Ideas are outlined by the following sentences taken from an Anglo-Saxon history of Britain.

Cnut died on 12 November 1035. In Denmark he was succeeded by Harthacnut, reigning as Cnut III, although with a war in Scandinavia against Magnus I of Norway, Harthacnut was “forsaken [by the English] because he was too long in Denmark”. Peace in Scandinavia left Harthacnut free to claim the throne himself in 1040. He brought the crowns of Denmark and England together again until his death in 1042.

The importance of Worcester depended largely upon its bridge. There was no other bridge across the Severn between Gloucester and Bridgnorth; the conflux of travellers was felt to lay a grievous burden upon Worcester Priory.

During the reign of Harthacnut, Worcester for a time became the storm-centre of the English resistance to the heavy taxes of the Danish king. Two of his huscarls in May 1041, while collecting the geld, were attacked and driven into the tower of the priory and there slain.

After six months’ preparation a royal array, led by Godwin, Siward and other earls, reached the county. But the citizens in the long interval had formed a camp of refuge in the island of Bevere and now stoutly resisted. The avenging force sacked and burned the city; but after this a settlement was affected, and the men of Worcester returned to build again their ruined homes.

The following is a list of concepts derived from two organic objects – The Cat and The Owl:

The following is a first-draft text – a list of ‘points of departure’ for a longer creative text – and is designed to show how the Organics Creative Technique can structure the flow of general ideas from starting/initial ideas (specific ideas).

Each of the sections is derived or influenced by one or more of the above Concepts related to the chosen Organic Objects.

For the purpose of this illustration the Organic Object Concept references are marked and are highlighted.

It was late spring and the roads again became passable. The Earls loyal to Harthacnut moved heavily towards Worcester. The men of Worcester watched their approach as attentively and silently as the owl that flies at twilight. The men of Worcester know every hill, ditch and barrier of the territory around the town. We can move across the land in almost darkness.

Earl Godwin and Siward crossed the bridge over the river and approached the Worcester township. They progressed with the timidity and disquiet of frighted men, fearing we would strike at them from each boulder or hillock that offered concealment.

With this character and approach, it took them most of that day to discover that the town of Worcester was wholly deserted. Then in an act of squealing frustration they burnt the town to the ground. Throughout the six months it took for Earls Godwin and Siward to reach Worcester, we had busied ourselves with removing everything of any value from the town.

It took the Earls’ army a further two days to find our barricaded camp on the island of Bevere, which sits in the middle of the river nearly three miles north of the bridge. The river waters are wide and fast running in the spring. The river wrapped the people of Worcester in a deep and deadly defence.

As Sigeferth had promised, other Thegns of the surrounding lands had joined with our rejection of Harthacnut’s taxes. There were three hundred armed men behind the barricade on Bevere island. Water and food flowed, or swam freely, around every flank of the barricaded island.

‘Earl Godwin, Earl Siward,’ cried the Freemen of Worcester from the barricade, ‘you cannot burn the river.’

Godwin and Siward’s men were already tired and worn from the Danish wars. They had no desire to negotiate a river, the barricade, and the trained and provisioned men of Worcester. They choose instead to negotiate a compromise.

Within a year Harthacnut was dead. The strife had receded and the river flowed gently into the warmth of summer.